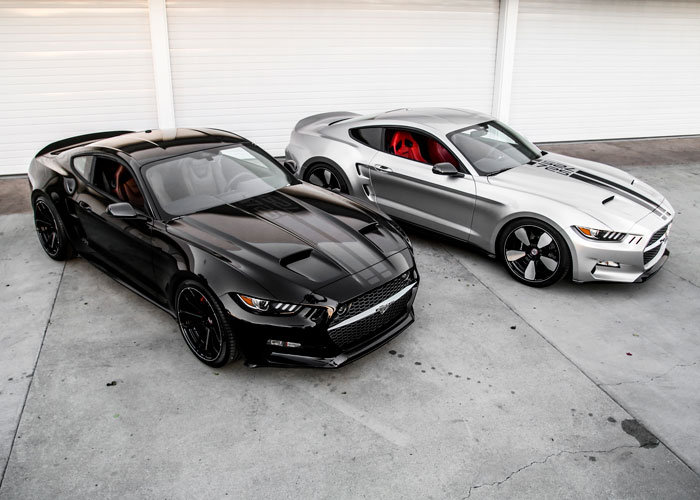 Here’s the very first production version of a tuned Mustang that produces more power than a Lamborghini Huracan and punches dangerously close to an Aventador SV. It’s called the ‘Rocket’.

It’s the brainchild of Galpin Auto Sports, the tuning arm of the largest Ford dealer in the US, designed by Henrik Fisker (the same man who did the Aston DB9, BMW Z8 and Karma), built in conjunction with GFMI Metal Crafters and first unveiled to the world at last year’s Los Angeles Motor Show.

The one you see above is the very first production version, revealed at Amelia Island yesterday – where there are many great auctions occurring – and looks positively evil.

You see, GAS has taken the standard, 5.0-litre new Mustang, and strapped a whacking great Whipple supercharger onto its banks. The dial was then turned up to 725bhp; a significant jump from the standard car’s 418bhp.

Cast your eyes over the Batman-spec bodywork and you’ll notice a minor facelift. There are new headlights, a carbon fibre front splitter and rocker panels, a more aggressive rear diffuser and stealth black 20in alloy wheels.

We’re told the exhaust system is also new, coming via Magnaflow, together with suspension componentry from Steeda.

No word on price, but if you want one, best to give Galpin a shout. Reckon the tuner has done a good job here?