In the Garage with Dennis 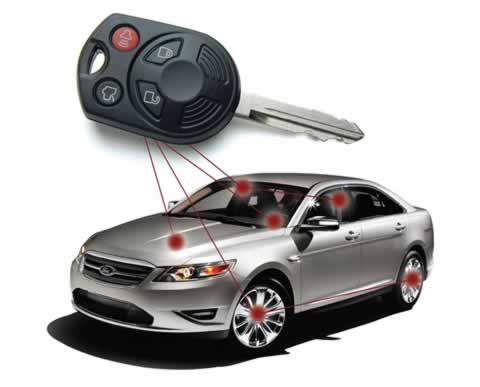 DEARBORN, Mich., June 11, 2013 – There is perhaps no bigger worry for parents than their teens’ safety, including when they get behind the wheel this summer vacation season. Parents’ concern is more than just instinct – the numbers back it up. Ford’s analysis of National Highway Traffic Safety Administration data shows teen driver fatalities increase every month beginning in May before declining in September. So who is there to remind teenagers to buckle up when their parents aren’t around? How will they know when the radio is a distraction, or to slow down? The answer: Ford MyKey® technology – standard equipment now on 6 million Ford Motor Company vehicles nationwide, including the new 2014 Fiesta, available in dealerships this summer.

MyKey was inspired by the determination of Andy Sarkisian, Ford safety planning and strategy manager, to keep his two daughters, along with teens everywhere, safe behind the wheel. “We were brainstorming at work, thinking, ‘Is there anything we can do to our vehicles – anything we could add – to keep our kids safer?’” recalls Sarkisian, who has been with Ford for 35 years. “At the time, I was living out the scenario at home.” Sarkisian and his team came up with MyKey after evaluating how teens can still have their freedom while learning to be responsible behind the wheel. “It’s not about control – it’s not anything that dramatic,” Sarkisian says. “MyKey is about love. It’s about helping your children manage the transition from childhood to adulthood, and keeping them safer while they do it.” The easily programmable system features several options:

Distracted driving is a huge concern for parents of inexperienced drivers, and Ford’s “Do Not Disturb” feature helps minimize the risk. When paired with Ford SYNC, “Do Not Disturb” blocks incoming phone calls or text messages. Calls are diverted to voicemail and text messages are saved on the device for later viewing. Drivers can still make voice-activated outgoing calls, and SYNC 911 Assist ® can still make a call in case of emergency. “‘Do Not Disturb’ is yet another way Ford is helping parents encourage their kids to drive safer,” says Sarkisian. “We are continually listening to our customers and responding to parents’ desire to make sure their kids are paying attention to the road, not their cell phones.”

Sarkisian and his wife Sharon successfully helped their two daughters – Lauren, 27, and Kristin, 24 – learn safe driving skills when they were teenagers. Lauren survived two rollover accidents because of her parents’ insistence she always wear her seat belt. Both young women are now celebrating the biggest moments in their post-teenage lives, perhaps in part because of safe driving habits. Kristin is finishing up her first year of medical school at Michigan State University. And Lauren is preparing for her wedding. “Because of the habits and values instilled in them at a young age, they are here now to enjoy adulthood,” says Sarkisian. “All of that could have been cut short by something like forgetting to wear a seat belt. And MyKey is a great tool to help teens remember.”