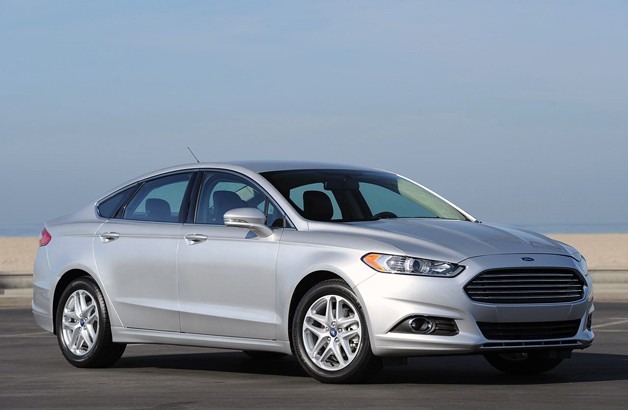 Ford’s Fusion and Fusion Hybrid have both received the highest five-star overall safety rating from the National Highway Traffic Safety Administration. The rating is a big upgrade for the Fusion, which was completely redesigned for 2013. The previous model fell one star short of the top rating, after scoring only three stars in the frontal crash test and four stars in the side crash test and rollover evaluations. The 2013 Fusion received four stars in side crash and rollover testing and a full five stars in the front crash test.

Test results for the 2013 Fusion and Fusion Hybrid were greatly improved at least in part due to Ford’s Personal Safety System. The system utilizes smarter sensors to gather crash data and tailor the car’s restraint systems to the occupants. Seatbelt usage and seat position are taken into account to ensure airbags deploy with less pressure for smaller drivers, more for larger drivers.

"The Fusion and Fusion Hybrid exemplify the new face of Ford vehicles and demonstrate Ford’s commitment to safety in all its vehicles across the globe," said Steve Kenner, Global Director of the Ford Automotive Safety Office (ASO).

The new five-star safety award from NHTSA is in addition to the 2013 Fusion being named a Top Safety Pick+ from the Insurance Institute for Highway Safety (IIHS) last month. The Top Safety Pick + designation is the highest rating the organization has for vehicle safety.

The Personal Safety System™ is a network of components that work together to tailor the deployment of the front airbags during frontal collisions. The restraint control module (RCM) translates information collected by the front crash sensors, front outboard safety belt buckle switches, driver-seat track position and passenger seat weight sensor. Using this information, the RCM activates the safety belt pretensioners and determines how the dual-stage front airbags will deploy. This tailored airbag deployment is based upon system inputs received about the size, seat track position and safety belt usage of the front seat occupants.

The driver’s airbag uses a reconfigured curve-shaped tether system that pulls in the lower section to create a pocket that help to lessen the impact of the airbag on the driver’s chest and ribs in frontal crashes. Deploying at the same time is a driver’s knee airbag.

Fusion brings the broadest selection of fuel-efficient powertrains in the midsize car segment. Consumers have the choice of a pair of EcoBoostfour-cylinder engines, a normally aspirated four-cylinder engine, an automatic start stop system to shut off the engine at stationary idle, front-wheel drive and all-wheel drive applications, and a choice between automatic and manually shifted six-speed transmissions.

Maneuvering parking lots and traveling open roadways becomes less stressful with Fusion’s available sensor-based BLIS® (Blind Spot Information System) with cross-traffic alert. The system uses radar to identify and alert the driver if a vehicle is detected in the vehicle’s blind spot. Cross-traffic alert provides audible and visual alerts if traffic is detected approaching from the sides, such as when backing out of a parking space.

Available Active Park Assist makes parallel parking virtually stress-free. With the press of a button, the system detects an available parallel parking space and automatically steers the vehicle into the space. Drivers control only the gas and brake pedals and transmission gear position.

Other driver assist technologies available on the Fusion include: