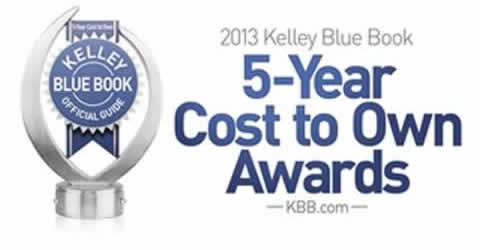 You always want to get the best deal possible, but the price you pay for a new car is only the beginning. Fuel, financing and insurance are a few of the costs that add up every month, and the actual cost of the vehicle itself — the amount you pay minus the amount you recover when you sell it — is typically less than half of the total cost of owning a vehicle over five years. You can save a lot more money by simply choosing the right car than by working a great deal on the wrong car.

Our Favourite Lincoln and Mazda are awarded with the below awards:

Boasting revamped styling and offering options that include a potent 365-horsepower EcoBoost V6 engine, the 2013 MKT has taken on a far more dynamic character that smartly complements its elegant, 7-passenger practicality.

The aforementioned Mazda5 brings us to this year’s award for top brand. It turns out the Mazda lineup isn’t just sporty, it’s smart. Cars like the legendary MX-5 Miata, hot-selling new CX-5 crossover and all-new 2014 Mazda6 mid-size sedan carry on the brand’s fun-to-drive spirit, while also offering an under-appreciated dose of fiscal practicality.

2013 Mazda MAZDA5 Minivan/Van Winner 5-Year Cost to Own: $38,891 as of December 2012. Bigger is not necessarily better. Case in point, this mini-minivan offers many of the practical qualities one expects in a family hauler, but in a more affordable and fun-to-drive package.