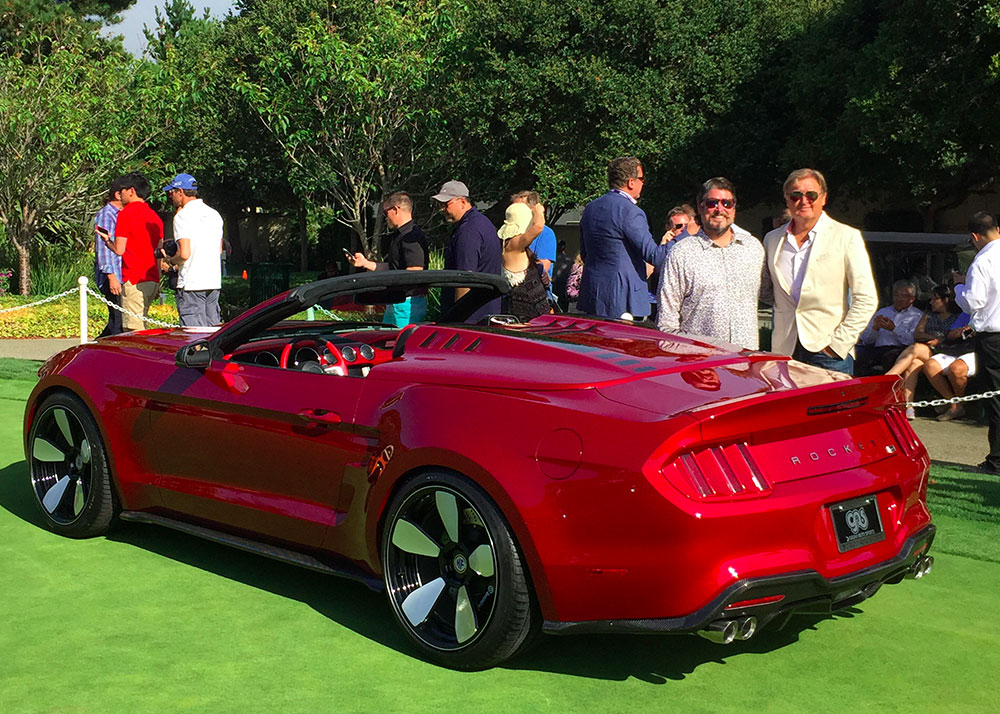 Ladies and gents, this is the Rocket Speedster, based on the 2015 Mustang GT in convertible guise but enhanced with carbon fiber, more ponies, and other goodies.

It’s not the first time we meet the Rocket, Galpin and Fisker’s 725-horsepower Ford Mustang, but we’ve never seen a speedster version of this beast so far.

It’s easy to spot the ‘Stang in the Rocket Speedster, but you can also see how designers made it look like it’s on steroids. A menacing grille, black go-fast stripes and two nostrils on the hood, along with flared wheel arches and an overall wider body kit are what this bad boy uses to stand out from the crowd.

It goes without saying that all those new body parts are made of carbon fiber and hide a 5.0-liter V8 tuned-up to churn out 725 horsepower. All this firepower is aimed at the rear wheels, dressed in 21-inch alloy rims, just like their peers from up front.

Other amenities include additional air scoops placed on the wheel fenders in an attempt to supply enough air for those massive 15-inch Brembo Gran Turismo high-performance brakes.

Since this is a speedster we’re talking about, the model received a tonneau cover that starts from the front seats and hides the rear ones, which, let’s face it, were useless anyway. Design-wise, this makes the Rocket Speedster sport a sleeker shape.

On the inside, the mods list is not as long as you’d expected, which we think is a good thing because less is more. Instead, the cabin made room for red leather, some carbon fiber trim and "Rocket" badges.

We would have also expected some words on pricing, but our wait was in vain because the Rocket Speedster’s sticker remains undisclosed for now. In any case, we expect a six-figure price tag, but for now we can only speculate on that.