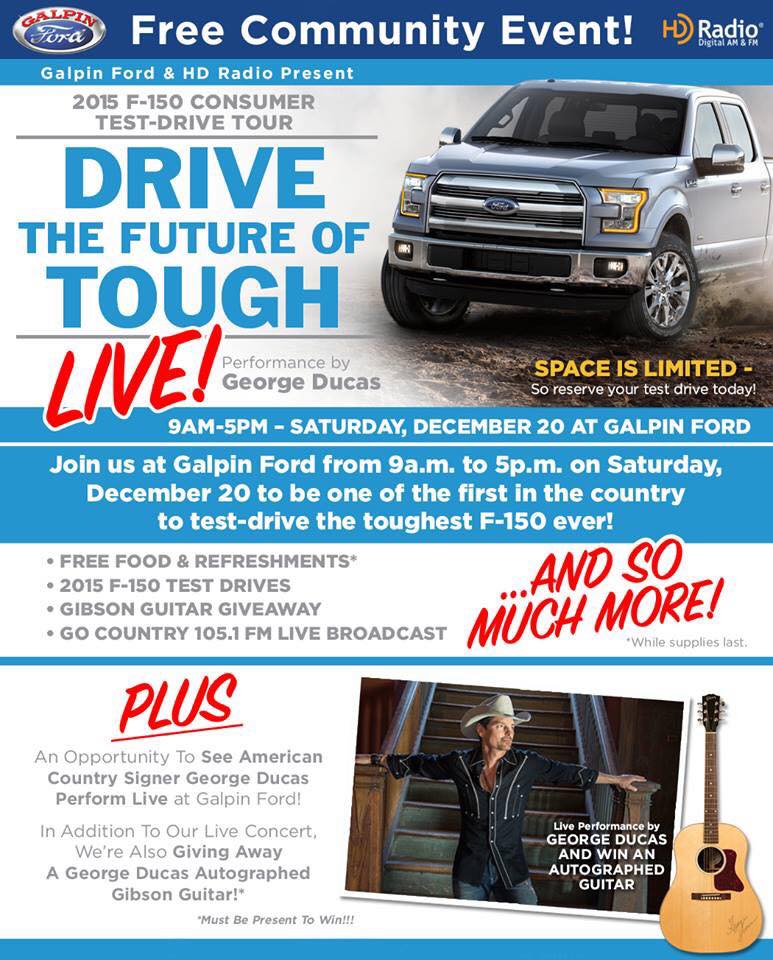 George Ducasis a rising star in the country music scene, hailing from the big state of Texas. Fitting that he has partnered with the biggest Ford dealership in the USA, Galpin Ford, part of the expansive Galpin Motors family.

A Lone Star native whose heart and soul are rooted in the honk tonks, roadhouses and dancehalls, George Ducas is a musical talent seasoned with experience, with an impressive string of Billboard charting songs that established him early as a country music trendsetter.

Owned and operated by Bert and Jane Boeckmann and their family, Galpin Motors offers sales and service for Ford, Volkswagen, Lincoln, Subaru, Honda, Mazda, Volvo, Jaguar, Aston Martin and Lotus. What makes Galpin Motors truly unique is its long history of community service, including the support of tens of thousands of educational, spiritual, cultural, charitable and political institutions and organizations throughout the world. For his leadership and philanthropic endeavors, Galpin Motors owner/chairman H. F. (Bert) Boeckmann II has been honored as a Hero for the Planet by Ford Motor Company. His son Beau is president/CEO of Galpin Motors and President of Galpin Auto Sports (GAS).