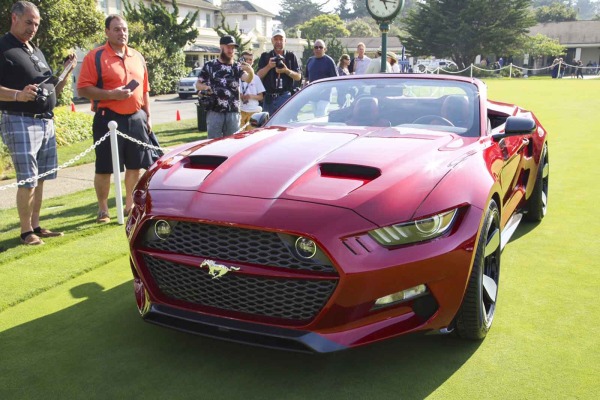 The limited-production two-seater is the latest iteration of the prototype Rocket coupe unveiled last year at the 2014 Los Angeles Auto Show.

Pricing was not announced.

Galpin said the Rocket Speedster is "not a one-off concept." The car is intended for "low-volume production," the collaborators said in a statement.

Interested buyers will have the option of purchasing the car through Galpin Ford directly or through one of several hand-picked dealers across the country and around the world.

The dramatic convertible features a striking rear deck that replaces the rear seats of the Mustang. It uses a light carbon-fiber body with two sculpted hood intakes.

"This Speedster Concept has added another layer of style to the car without losing an ounce of the incredible beauty of the coupe," said Beau Boeckmann, president of Galpin Motors. "It really has been a dream collaboration, combining Henrik’s design execution with the performance and customization expertise of the Galpin Auto Sports team."

Edmunds says: Interested buyers can get in line for the Galpin Rocket Speedster Concept by calling 1-877-GO-GAS-GO.