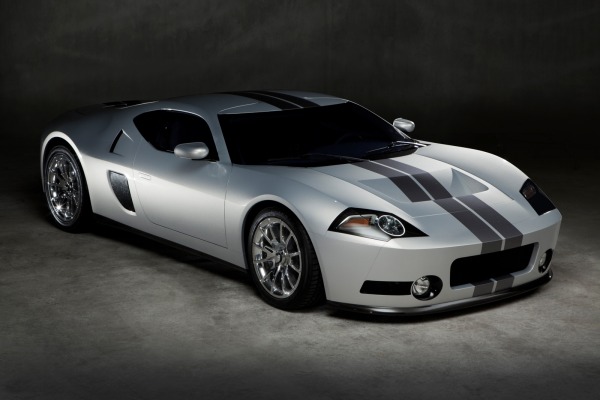 Just the Facts:
The 1,024-horsepower Galpin Ford GTR1, which debuts at the 2013 Pebble Beach Concours d’Elegance, has a starting price of $1 million.

PEBBLE BEACH, California — The 1,024-horsepower Galpin Ford GTR1, which debuts at the 2013 Pebble Beach Concours d’Elegance, has a starting price of $1 million. Production is slated for early 2014.

The price is "for carbon-fiber body construction," Galpin noted.

The price tag inflates to $1.2 million if the buyer opts for the version with a handcrafted aluminum body.

With the pricing announcement, California-based Galpin steps into territory usually occupied by such coveted cars as the Bugatti Veyron 16.4 and the Aston Martin One-77. It also demonstrates a daring creativity and boldness not usually associated with customizers. This is Galpin’s first coach-built supercar.

Galpin had signaled it was working on the car earlier, but had not released pricing and a detailed list of technical specifications until now.

Galpin says the supercar is an interpretation of what the Ford GT may have looked like "had it continued its evolution." The GTR1 is equipped with a twin-turbocharged 5.4-liter V8 engine with a top speed of 225 mph. The GTR1 sprints from zero to 60 mph in 3.1 seconds.

The customizer said it will limit production of the GTR1 to a maximum of 24 units.

The car’s details are impressive. Galpin said it commissioned the design of a special set of brakes to "assure the car could safely slow from extreme speeds." The GTR1 is shod with 20-inch forged aluminum wheels.

The prototype’s cabin gets an eye-popping blue Sateen Marine leather made from free-range cattle that graze at altitudes in excess of 4,000 feet to "reduce potential blemishes to the finished surfaces that would ordinarily come from barbed wire and insect bites," Galpin noted.

Edmunds says: It wouldn’t be surprising if Galpin walked away from Pebble Beach with more than a few orders for the Ford GTR1.