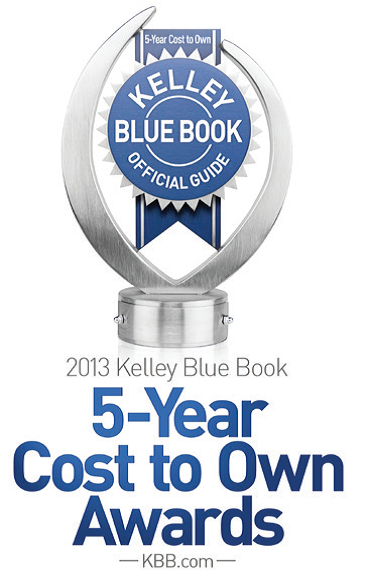 You always want to get the best deal possible, but the price you pay for a new car is only the beginning. Fuel, financing and insurance are a few of the costs that add up every month, and the actual cost of the vehicle itself — the amount you pay minus the amount you recover when you sell it — is typically less than half of the total cost of owning a vehicle over five years.

You can save a lot more money by simply choosing the right car than by working a great deal on the wrong car.

2013 Ford Mustang Sports Car Winner 5-Year Cost to Own:$39,992 as of December 2012. With an expanded standard-feature set that now includes HID headlamps, an efficient 306-horsepower V6 and a host of styling upgrades that further bolster its curb appeal, the 2013 Ford Mustang – America’s original pony car – defines the term "affordable fun."

2013 Ford Explorer Full-Size SUV/Crossover Winner 5-Year Cost to Own: $48,959 as of December 2012. With an available 350-horsepower EcoBoost V6, an advanced 4-wheel-drive system and comfortable seating for seven, the Ford Explorer can go just about anywhere an adventurous family would want to go.

2013 Ford Mustang High-Performance Car Winner 5-Year Cost to Own: $52,896 as of December 2012. Complementing its aggressive appearance and sport-tuned suspension, the 2013 Ford Mustang GT comes on even stronger thanks to a power boost that bumps output of its 5.0-liter V8 to a stout 420 horsepower.

To Know more about the KBB Awards Click Here