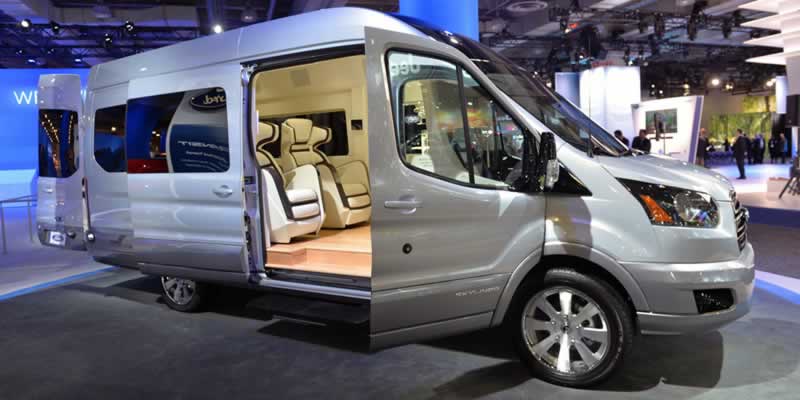 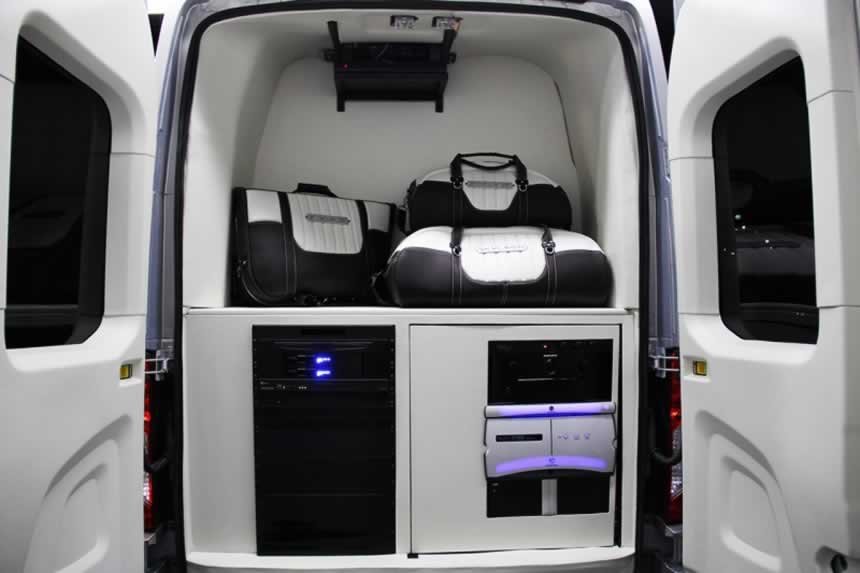 VAN NUYS, Calif., April 10, 2014 – The future of ultra-premium land transportation is here, and it comes with a spacious interior that morphs to support immersive entertainment or a business meeting with the swipe of a smart phone.

Ford today unveiled the Transit Skyliner Concept luxury van to illustrate how versatile and capable the all-new 2015 Transit will be when it goes on sale later this year.

Transit Skyliner embodies the spirit of luxury motor coaches and builds on the heritage of custom vans, showing how Transit can be customized to fit the needs of limousines and high-end transportation services as well as commercial fleets, shuttle providers and individual small-business owners.

Inside, Transit Skyliner can transform into four dramatic modes – theater, business, reception and travel – with movable custom-designed seats that reposition automatically, controlled by a smart phone or tablet. 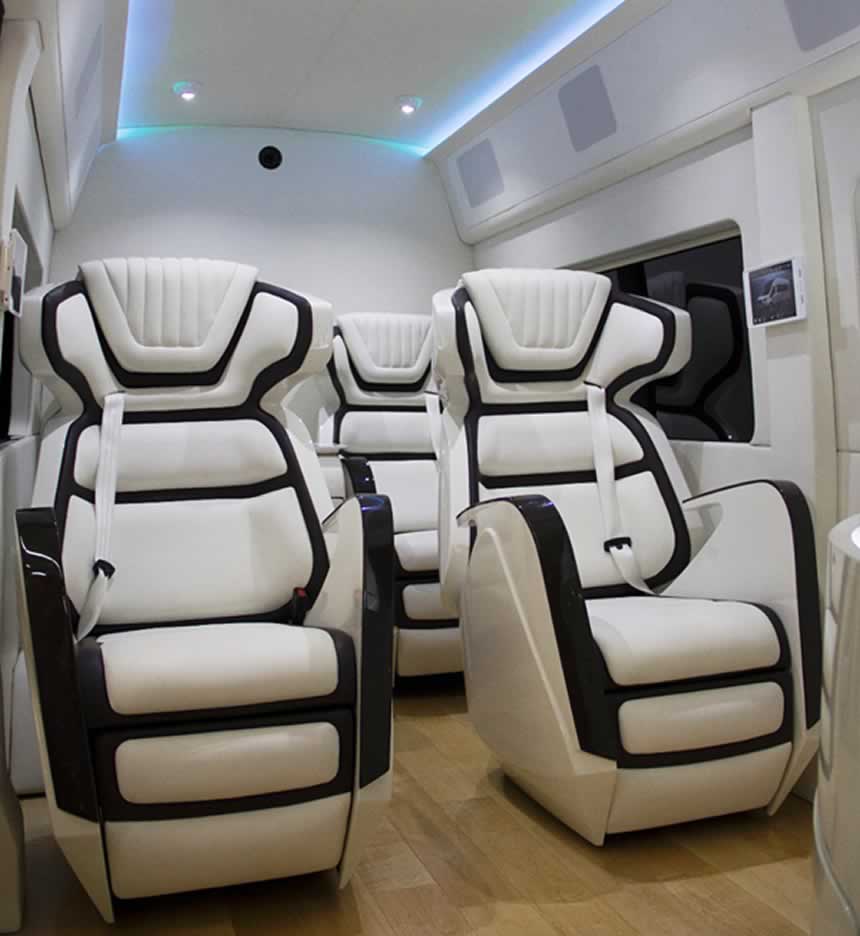 The entire interior – from seats to mood lighting and entertainment technology – is integrated into a single electronics system controlled through a smart phone or tablet. Refreshments can be served from Transit Skyliner’s built-in bar. Custom luggage was specially designed to complement Transit Skyliner’s one-of-a-kind plush leather seats.

“Traveling in Transit Skyliner is like teleporting,” says Tim Stoehr, Ford’s manager for commercial truck marketing. “You step into the vehicle and you are immediately immersed in the custom interior and high-tech audio visual system. The next thing you know, you are arriving at your destination.”

“Transit Skyliner is the ultimate expression of a custom Transit,” Stoehr says. “We created Skyliner to highlight the potential of the Transit platform for the limousine market and introduce Transit as the next generation of modern, cool, fuel-efficient vans.”

Transit Skyliner’s 3.5-liter EcoBoost engine will be available as an option for Transit customers who want the power of a V8 with the fuel efficiency of a V6.

With cargo volume of 487 cubic feet and cargo floor-to-roof height of 81.5 inches in the long wheelbase/extended body high-roof model, Transit can be tailor-made to create a private jet for the road. The unique custom limo design of the Transit Skyliner proves the capabilities of Transit go far beyond the needs of shuttles, commercial fleets and general contractors.

The 2015 Transit will offer two wheelbases, three roof heights and three powertrains, making it capable to fit many needs without body modifications.

The design for Transit Skyliner originated at Ford Motor Company, and its execution was led by Melvin Betancourt, a Ford design manager, and Galpin Auto Sports, led by CEO Beau Boeckmann. Galpin Ford is the world’s largest Ford dealership and is known for performance car equipment and conversions as well as leading the surf van and customized van trend of the late 1960s and 1970s.