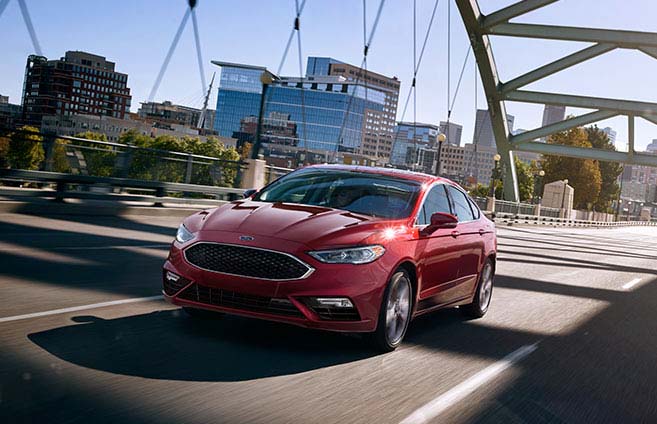 For 2017 the Ford Fusion receives an update with appearance modifications on the front and rear, a new Platinum trim level and a new performance edition named the Fusion V6 Sport. The grille is slightly larger and new LED headlamps have been added. The base model is powered by a 2.5 liter four-cylinder engine with 178 horsepower.

The 2017 Ford Fusion is available with Pre-Collision Assist with Pedestrian detection as an optional feature on the SE, Titanium and Sport.